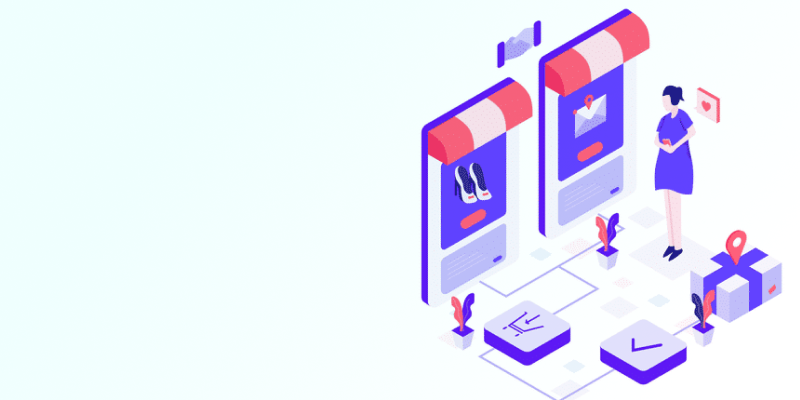 Dropshipping is a profitable and effective way of doing business. The strategy ensures that there are no consumer goods in stock. The dropshipping model mostly involves retailers working with other retailers, or working with players up the hierarchy.

It is up to manufacturers and wholesalers, rather than dropshippers, to ensure that customers get their goods at designated places. In some scenarios though, dropshippers purchase their products from wholesalers and sell them to the consumers in turn.

Do you have an eCommerce retail business? Read till the end for a way to save up to 20% on shipping costs & provide customers a delivery experience that has them coming back for more. 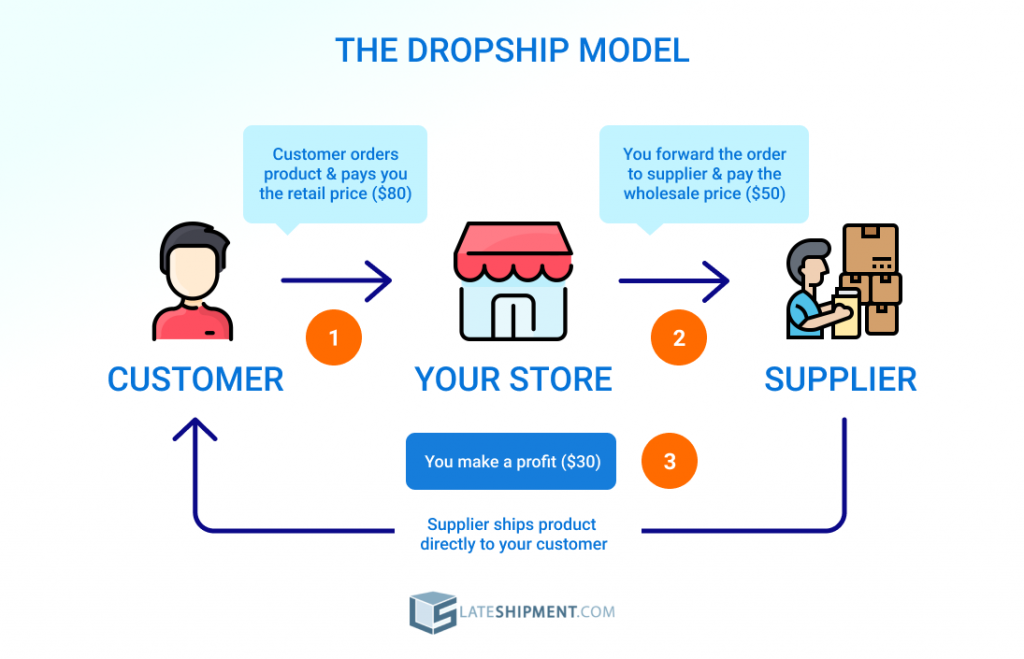 Considering that dropshipping is convenient for both the customer and selling company, this business model is thriving. eCommerce and dropshipping profits have reached over $4 billion annually, a 7% year-on-year increase for the last 10 years.

There are numerous ways in which dropshipping is changing the world of eCommerce and we’ll name the most notable ones. This will help you understand its benefits for and impact on eCommerce.

The Benefits of Dropshipping 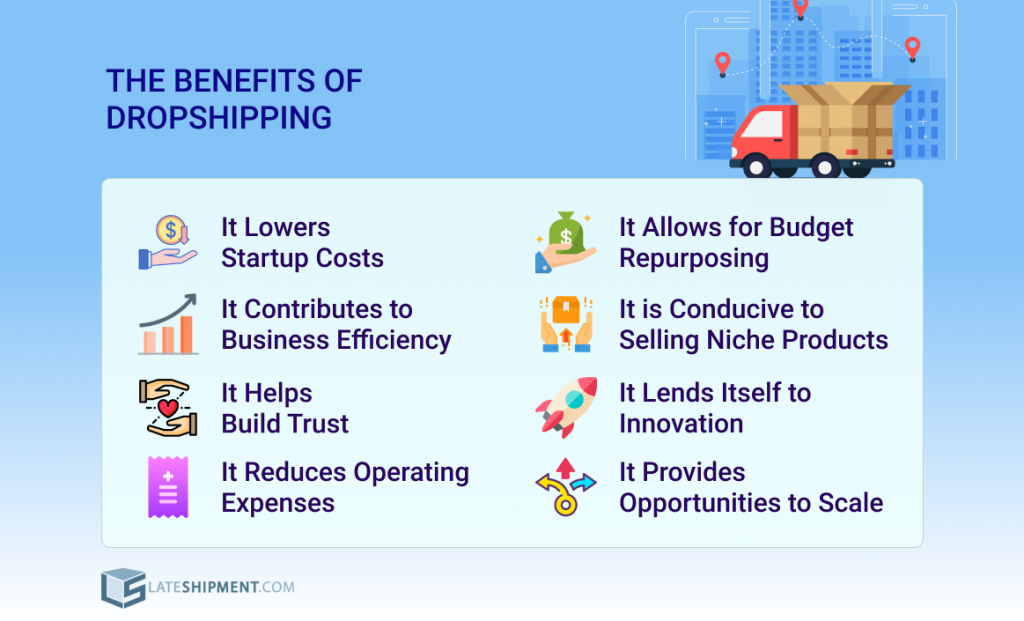 Dropshipping gives ambitious individuals a chance to start their business. Considering the low startup and operating costs, it provides many people an opportunity to give online business a try.

In 2019, there were approximately 1.92 billion digital buyers and eCommerce sales accounted for 14.1% of retail purchases worldwide.

“To get started, simply partner with a dropshipping wholesaler and begin marketing their products from your site. They handle all shipping and other logistics involved in getting the product to your customer.”

The process is quite simple and recommendable for those who are just starting with eCommerce business.

2. It Contributes to Business Efficiency

eCommerce is all about efficiency. The entire business model relies on different independent components for optimal functioning. The strategic delegation of tasks helps the process of online purchases run smoothly.

Dropshipping ensures that retailers do not have customer goods in stock. This helps reduce the backlog and allows these retailers to carry on their business and scale.

When there is no backlog, the entire business operation witnesses increased efficiency.

“Running an eCommerce business is much easier when you don’t have to deal with physical products. You don’t have to manage a warehouse, pack and ship orders, track inventory, handle returns, and manage product inventory.” That is why dropshipping is so efficient.

One key challenge within the eCommerce industry is trust. Customers are always unsure if they will receive what they have ordered in time and in good condition. However, dropshipping changes the whole picture of eCommerce.

This helps build trust and increase the customer’s confidence in the eCommerce business. With each satisfied customer, come more recommendations and an increased number of online sales.

Either way you slice it, at the end of the day, you gain from increased confidence and shopper happiness.

Without dropshipping in the picture, more warehouses will be in play for storage purposes. More people will need to be employed to work in these warehouses. The downside here is that these expenditures will raise the overall cost of doing business.

With dropshipping, products don’t have to be stocked and paid for in advance. Only when an order is placed does a product need to be sent from the supplier.

Therefore, by assuming the delivery role, dropshipping raises the prospects of growth, success, and expansion of eCommerce.

“More and more eCommerce owners are being motivated to adopt the dropshipping model. The recognition and validation that dropshippers get from current users promises further growth. The main benefit they stress is the reduction of costs and expenses,”

5. It Allows for Budget Repurposing

Saving money on one end means that it can be channeled into other aspects of the business. Besides costs like storage, employees, and stocking products, there are numerous other expenses you might not even think of.

For example, conventional eCommerce owners need to prepare professionally taken photos of products if they want to be taken seriously by customers. That leads to either hiring a professional photographer or purchasing an expensive camera, lighting, and other necessary equipment.

Instead of taking chunks of the budget for such expenses, money can be repurposed on expanding the business.

Marketing plays a huge role in growing a business, which is just one example of where money can be channeled.

6. It is Conducive to Selling Niche Products

One thing evident from the digital community is that it is best to enter the market while an idea isn’t still completely worn out. That’s what makes dropshipping so exciting.

The dropshipping model is still in the growth phase. Which means there are lots of options that are yet unexplored.

Those who wish to sell highly-specific products stand a better chance of success with dropshipping. Creating a one-of-a-kind shopping experience is possible with the dropshipping model.

Customers are always looking forward to something original and new, which is exactly what dropshipping can provide them.

A unique business model and interesting website design can make a business stand out among competitors and boost profits.

7. It Lends Itself to Innovation

Every new segment in business welcomes innovative minds to introduce information technologies that are yet unseen.

As previously mentioned, dropshipping is still a growing model. Consequently, there are numerous possibilities for technology experts to come up with new software advances that will improve this business model.

Another example of innovative dropshipping software is AutoDS, an all-in-one dropshipping platform that allows you to manage product uploading, customer service, price and stock monitoring, automated orders, and so on.

The demand for the dropshipping model on the online marketplace is expected to increase, a solid reason for us to expect innovations within the model.

8. It Provides Opportunities to Scale

eCommerce stores that use the dropshipping model can start as a hobby but end up an empire. This unlimited growth potential sends an inspiring message to the entire online community.

Consider Amazon. Jeff Bezos’s journey started in 1994 when he introduced Amazon to the world. A promising idea quickly grew into something spectacular.

Who would have guessed then that the dropshipping business that originated in his basement would turn him into the richest man in the world?

While aiming to become the next Jeff Bezos can be a long shot, the dropshipping model still promises that an individual can achieve something great from a simple eCommerce website.

Take Wayfair for instance. They work with over 10,000 suppliers and have 8 million products at their customers’ disposal. This massive scalability is unlikely to be achieved by a conventional eCommerce store.

In summary, dropshipping is changing the eCommerce landscape for the better. By reducing the logistical burden, retailers can focus on doing more business and developing their eCommerce wing.

On the other hand, this model also works in customers’ favor. Since suppliers directly send goods to customers, the waiting time is shorter.

There are no complications with sending a product from the supplier to the store and from the store to the customer.

This article is a contribution by Elisa Abbot

Elisa is a passionate traveller, a translator, and a digital marketer at PickWriters. Her love of learning languages developed when she was just a child, and she wants to share that passion with her children. Elisa believes that learning a language can be a fun experience with the necessary component that is picking out the right activities.

Perhaps you own a retail business and don’t plan to dropship anytime soon.

You probably ship via a shipping partner like UPS, FedEx, or DHL. Your shipping contract promises you refunds on parcels that are delayed even by 60 seconds. But are you claiming those refunds in time?

LateShipment.com can help you by

The value we offer is best experienced first hand and LateShipment.com integrates with your existing tools.

It only takes 2 minutes to sign up, so give it a shot!

Tweets by LateShipment Follow @lateshipment
Table of Contents
1. It Lowers Startup Costs
2. It Contributes to Business Efficiency
3. It Helps Build Trust
4. It Reduces Operating Expenses
5. It Allows for Budget Repurposing
6. It is Conducive to Selling Niche Products
7. It Lends Itself to Innovation
8. It Provides Opportunities to Scale
© 2020 Lateshipment Inc. All Rights are Reserved.
Scroll Up